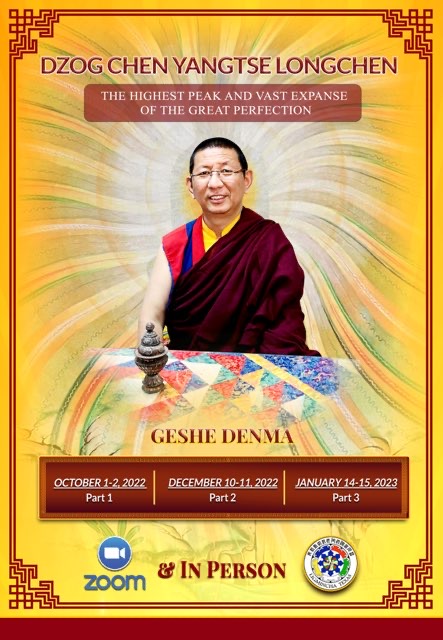 The Highest Peak and Vast Expanse of the Great Perfection

Yangtse Longchen Dzög Chen is The Highest Peak and Vast Expanse of the Great Perfection. This teaching is a summary of the main portions of Dragpa Korsum, which is one of the four auxiliary sources of information about Dzögchen.  Dzögchen Dragpa Korsum is the source of the lineage of Shenlha Odkar.  He appears in the form of the Dzogku, the Body of the Perfected Qualities, also called Sambhogakaya of the Three Realms (god, human, and naga). 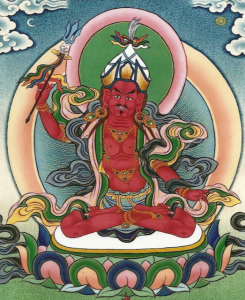 The author of this text is Lishu Tagring, shown in the image above.  Lishu Tagring had a miracle birth as a female named Takza Liwer. She was a good practitioner and at age 360 years she had a gender change to become a male and was named Lishu Tagring.  Lishu Tagring was king for 82 years and then married his consort, Choza Bonmo at age 1,200 years.  When he was 2,300 years old, he went to Shel Gyi Brag Kar Tse Zong known as the Summit Castle of the White Crystal Cliff and composed this Dzögchen teaching in this place. This is a very unique teaching which is not often made public.

Geshe Denma will explain the story of Lishu Tagring and instruct us in the Dzögchen teaching. Because of the complexity of this teaching, it will be offered in a 3-part series.

The Four Main Texts and Sources for Dzögchen are: 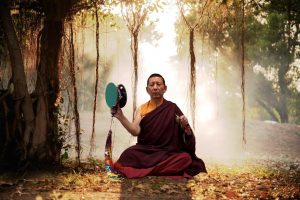 Awakening the Heart of Service: A Meditation Retreat with the Five Warrior Syllables