Our Founder and Our Resident Lama 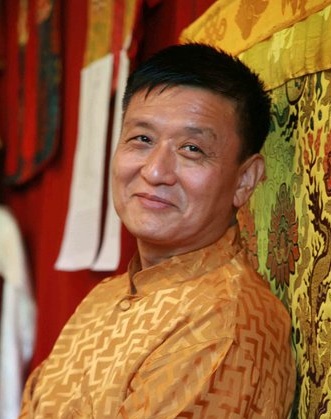 Founder and spiritual director of Ligmincha International, Geshe Tenzin Wangyal Rinpoche is a respected and beloved teacher and meditation master in the Bön Buddhist tradition of Tibet.  He has students in more than 25 countries, teaches around the world and reaches thousands of students through his online programs.

Trained as a Bön monk, Rinpoche now lives as a householder, allowing him to more fully relate to the needs and concerns of his students.  Known for the depth of his wisdom and his unshakeable commitment to helping students recognize their true nature, he is the author of many books and online courses.

Fluent in English, Tenzin Rinpoche teaches in a warm and engaging style, frequently drawing on examples from contemporary culture to bring the ancient Bön teachings to life, making them relevant to the lives of modern people and a powerful basis for spiritual growth. He is equally at home teaching online and in a retreat setting.

Rinpoche regularly teaches in Europe, the United States, Mexico, Central and South America, and Asia. Information about worldwide locations may be found here.

He also is a leader in using technology to teach dharma. Rinpoche has offered free live webcasts since 2009, including through his Facebook page since 2016. Beginning in 2010 he has offered a variety of online courses, through both Ligmincha Learning and GlideWing Productions. With the support of his global volunteer base, Rinpoche’s teachings are available in as many as 18 different languages through both real-time translation and subtitles. Find out more about his live events here. Hundreds of hours of previously recorded teachings can be found on Ligmincha’s YouTube channel and Ocean of Wisdom.

Recognizing the diverse needs of students, Rinpoche has created two sister organizations to Ligmincha: The 3 Doors and Lishu Institute. The 3 Doors is an international organization that allows participants from all walks of life to go deep into the essence of the teachings. Its programs use meditation and community to support self-discovery, personal transformation, and actions that benefit others. Lishu Institute, a residential education and retreat center in India, offers intensive study and practice of the Bön tradition. Its programs run from two weeks to two months in length, with some participants choosing extended study. 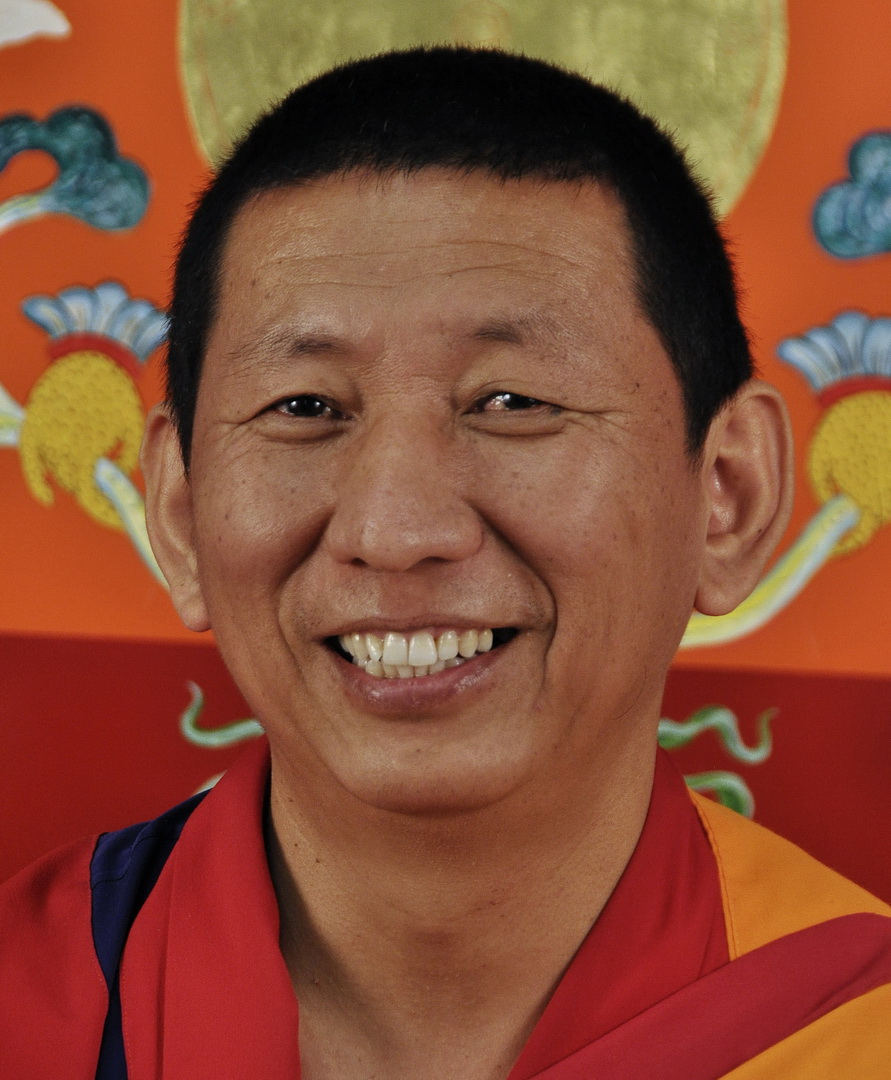 During this time, Geshe Denma was the treasurer and co-editor of a well-respected publication, Door to Bon, and for three years from 2002–2005 the elected secretary of the Local Tibetan Assembly in Dolanji. Once Geshe Denma attained his geshe degree, he became a senior teacher at the monastery and taught philosophy when he was in residence at Menri.

From 2009 to 2013, Geshe Denma often traveled to the United States to participate in Bon practices and to learn more about the work his fellow geshes were doing to bring this tradition to the Western world. In 2011, Geshe Tenzin Wangyal Rinpoche, founder and spiritual director of Ligmincha International, asked Geshe Denma to become the resident lama of Ligmincha Texas. Geshe Denma accepted the challenge and began coming to Houston to get to know the Ligmincha Texas sangha, study English and begin work to acquire his religious visa and ultimately become Ligmincha Texas’s first resident lama.
In 2014 with the help and support from Geshe Tenzin Wangyal Rinpoche and members of Ligmincha Texas, the formal application for the visa was made. In late October 2015, the application was approved and on December 20, 2015, Geshe Denma was awarded his R1 Visa. He arrived in Houston on January 3, 2016, welcomed by his grateful sangha and ready to assume his duties as resident lama for Ligmincha Texas.

From 2016 to 2019, Geshe Denma has developed a schedule of office hours at the Ligmincha Texas meditation center in Bellaire, Texas, where he meets the public and schedules appointments to answer Buddhism questions or give other pastoral care. He provides guidance and support to all meditation sessions, in attendance at most of the weekly and monthly practices.

Geshela gives monthly classes on Buddhism, introduction to meditation, or other topics.  In addition, he gives frequent teaching retreats at Ligmincha Texas including a calligraphy workshop at the CG Jung Center in Houston, provides support and practice retreats at large events at Ligmincha International in Virginia, has completed a three year intensive teaching cycle at the Chamma Ling Retreat Center in Crestone Colorado, is giving an online Tibetan language course through Glide Wing, and continues to plan future projects.

Geshela participated in a panel of experts at the MD Anderson Cancer Center in Houston. He provides an ongoing meditation curriculum at Yoga Haven in Galveston. He assists the center in cultural observances such as Tibetan New Year. He performs specific ritual and prayer supports upon request, such as house blessings, prayers for healing, hospital visits, and other specialized rituals. Geshe Denma has published a series of meditation practice booklets for sale in our center and for use at our practices. He obtains religious and cultural objects to use as support for specific Buddhist teachings.

Most recently, Geshela has been working, on behalf of Ligmincha Texas, with Rice University’s Fondren Library to assist in cataloguing a collection of rare looseleaf books (pechas) belonging to the Bön Tradition.  Geshe Denma is translating the texts and providing descriptions of these treasured items.  The collection has been waiting for years for  the perfect person to come and reveal its content to the world. That person is Geshe Denma. While Houston currently has individuals who are fluent in certain dialects of Tibet, it did not have one fluent in the Bön Tradition until Geshe Denma’s arrival.  The collection will be searchable as the “Triten Norbutse Bön book collection.”  The processing of the pechas is expected to be completed in the fall of 2019.

Ligmincha Texas has been very fortunate to welcome many respected and venerated Teachers in the Bon Buddhist tradition over the years – so numerous we cannot list all here. But highlighted are the following blessings to our teaching schedule. 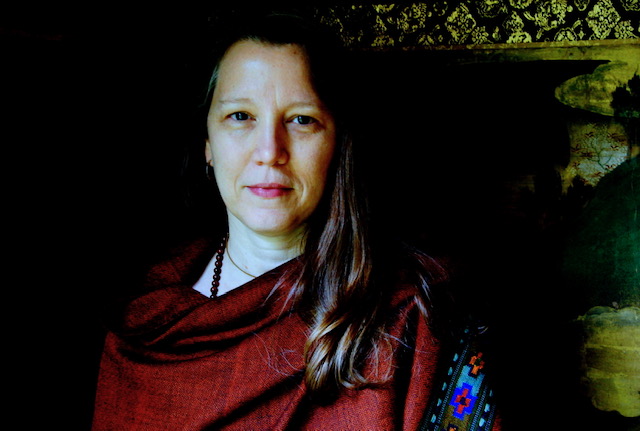 Marcy Vaughn has been a practitioner of Tibetan Buddhism for more than forty-five years and is a senior student of Bon Buddhist master Geshe Tenzin Wangyal Rinpoche. Marcy graduated from the first class in the master’s program in contemplative psychotherapy at Naropa University and is currently a meditation mentor and counselor in private practice in Bryn Mawr, Pennsylvania. She works in close collaboration with Tenzin Rinpoche and has edited his books Tibetan Sound Healing; Awakening the Sacred Body; Awakening the Luminous Mind; and Spontaneous Creativity. She is a senior teacher for both Ligmincha International and for The 3 Doors, where she designed and teaches the Compassion Project with her husband, Gabriel Rocco. Marcy is the practice leader for retreats by Geshe Tenzin Wangyal Rinpoche at Serenity Ridge in Virginia, and travels extensively presenting workshops and retreats for both new and seasoned meditators.

Dr. Alejandro Chaoul is a Senior Teacher of The 3 Doors, an international organization founded by Tenzin Wangyal Rinpoche with the goal of transforming lives through meditation. Alejandro has studied in the Tibetan tradition since 1989, and for over 20 years with Yongdzin Tenzin Namdak and Tenzin Wangyal Rinpoche, completing the seven-year training at Ligmincha Institute in 2000. He also holds a Ph.D. in Tibetan religions from Rice University.

Since 1995, he has been teaching meditation classes and Tibetan Yoga (Tsa Lung & Trul Khor) workshops nationally and internationally under the auspices of Ligmincha Institute. Alejandro is a former member of the Board of the Ligmincha Texas and was an essential leader, supporting the vision of Tenzin Wangyal Rinpoche, in the formation of the organization. He is a much-loved teacher and Sangha member for Ligmincha Texas.

In 1999, Alejandro began teaching these techniques at the Integrative Medicine Program of the M.D. Anderson Cancer Center in Houston, TX, where he holds a faculty position and for the last fifteen years conducts research on the effect of these practices in people with cancer. He is also an associate faculty member at The University of Texas’ McGovern Center for Humanities and Ethics, where he teaches medical students in the areas of spirituality, complementary and integrative medicine, and end of life care. Alejandro is also the author of Chod Practice in the Bon Tradition (Snow Lion, 2009) and most recently, Tibetan Yoga for Health & Well-Being (Hay House, Inc., 2018). For more information on upcoming offerings by Dr. Chaoul, please visit his website at: https://alechaoul.com/

Want to learn more about Ligmincha Texas? Contact us